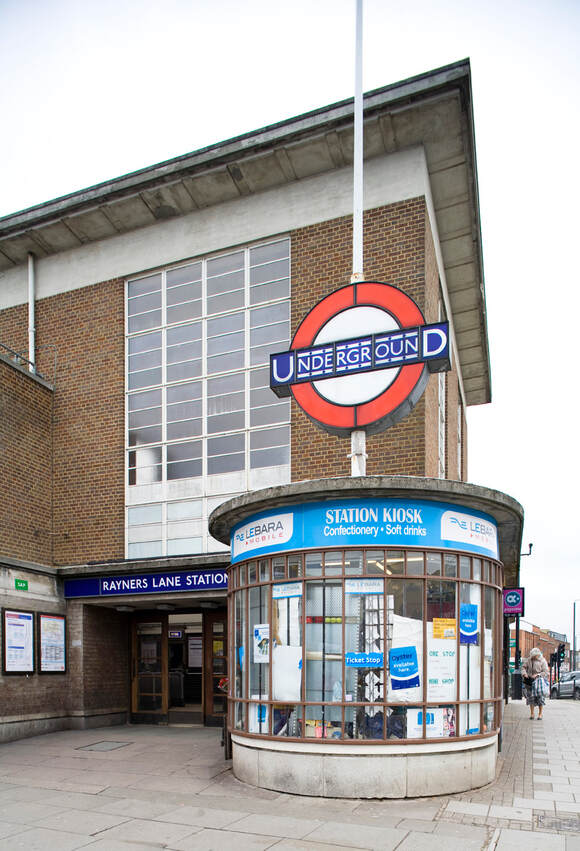 Name: Rayners Lane Station
Date: 1938
Architect: Charles Holden and Reginald Uren
Lines: Piccadilly, Metropolitan
Borough: Harrow
Listing: Grade II
Notes: Rayners Lane station was designed by New Zealand architect Reginald Uren, and opened in 1938, 5 years after the Piccadilly line was extended here. Built as part of  the New Works Programme, which saw the reconstruction of many underground stations and their works. The station was built to serve Harrow Garden Village a housing development of the early 1930’s which greatly increased the population of the area, necessitating a bigger station.

​Uren’s original design was altered by Charles Holden bringing it further into the street, which allowed easier access to and from the station. The building is a typical Sudbury Box design, although on a smaller scale than most of the stations in this style, and with curved shopfronts.