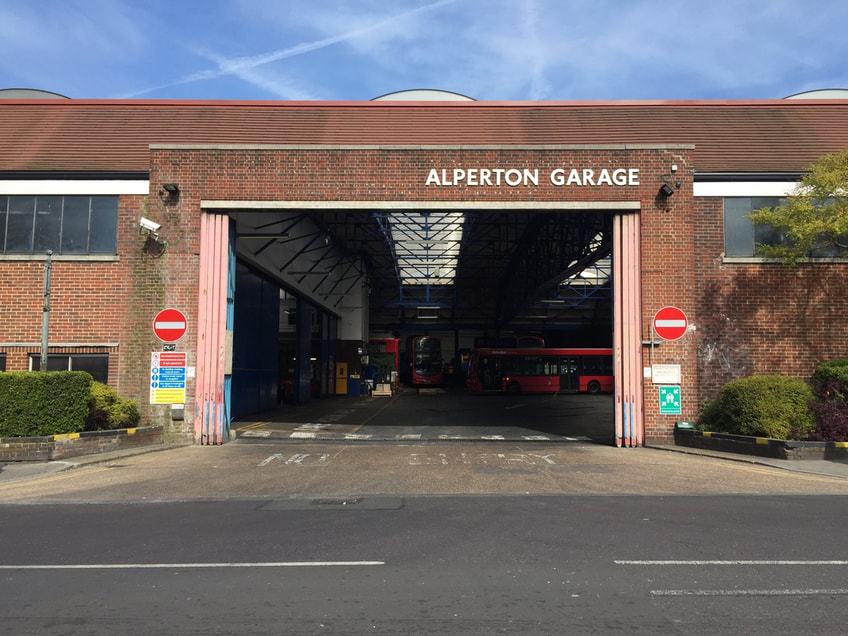 Name: Alperton Station and Bus Depot
Date: 1933-1939
Architect: Charles Holden and Stanley Heaps
Lines: Piccadilly
Borough: Brent
Listing:-
Notes:  The Piccadilly line was extended to Alperton on July 4th 1931, with the new station opening in 1933. This station proved a design problem for Holden who needed to move passengers from street level to the platform many feet in the air. The final building used the box design at right angles to the viaduct, with a steep passenger staircase. The station had an escalator used in the Dome of Discovery at the Festival of Britain installed in 1955, the escalator is still in place but separated by a wall. Stanley Heaps designed the adjacent bus depot which was completed in 1938.